The grape is native to Galicia on the north Atlantic coast.

Grapefruit and Peach flavors are typical for Albariño.

Albariño is dry, fresh, fruity, and high on acitity:


Albariño's delicious acidity makes it excellent with both Green Salads and Seafood.

A Tulip Shaped glass is the best choice for a dry white wine.

It guides the wine to the center of your mouth, avoiding the sides, where acidity is less pleasant.

Remember to hold the glass by the stem!

Albariño is an aromatic grape with thick skin with high tollerance to the cold and humidity of maritime climates.

The main feature is its acidity which matches the Galician Seafood.

The terroir in O Rosal D.O. Rias Baixas is shale mixed with granite. With the influence of Rio Miño and the Atlantic Ocean, its Albariño is soft in the mouth, fruity (apple, citrus) and tropical. Bread crust notes from the lees. 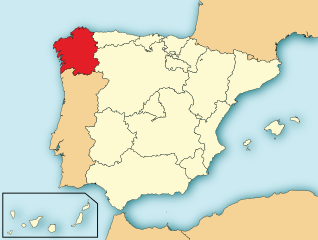 Galicia is a region in north-west Spain.

Rias Baixas (lower Rias), close to the border of Portugal, is known to produce the best Albariño in the world. In Portugal the same grape is called Alvarinho.

Ribeira Sacra is best known for dry red wines from the Mencia grape.