Saint-Emilion is a wine from from Bordeaux's Right Bank.

It is a blend of Merlot and Cabernet Franc.

Saint Emilion is a medium wine with medium tannins and acidity:


Saint Emilion goes well with a wide variety of food.

The Bordeaux glass is perfect for medium to full bodied red wines.

The large size of the glass allows the fruit bouquet to develop. It smooths out rough edges, plays down tannins, and allows the wines to achieve balance.

Bordeaux in Southwest France is the most popular wine region in the world.

The river Gironde splits the area in the famous Left Bank (Southwest) and the Right Bank (Northeast) where two very different famous blends are produced. 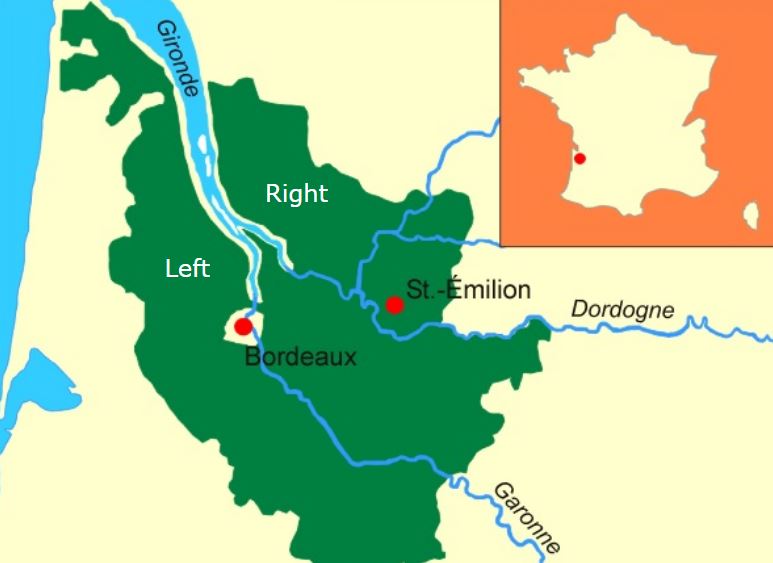 Left Bank wines are often spicy with bold tannins and are good candidates for aging.

Right Bank wines are also bold, but smoother, with softer tannins and typical Merlot fruity flavors. They can age, but are more "drink me soon" style.

Saint-Emilion is the oldest wine area of the Bordeaux region.

The region is on the UNESCO World Heritage List (1999).

The official Saint-Emilion classification was conducted in 1955.

The highest classification of Sain-Emillon.

Over 200 other Saint-Émilion wines carry the description "Grand Cru". These are awarded under the basic appellation rules and are not part of the formal Saint-Emmilion 1955 classification.

Standard Grand Cru wines are not seen as being of comparable quality to the Grand Cru Classe wines listed above.

Bordeaux wines are the most famous blends in the world. 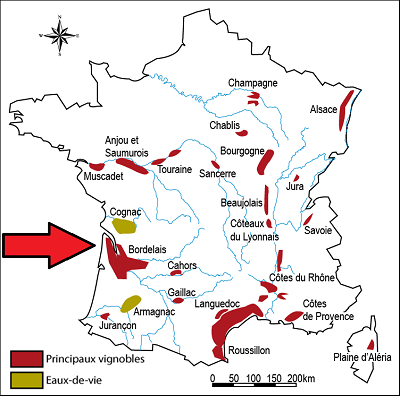 The river Gironde splits the area in the famous Left Bank (Southwest) and the Right Bank (Northeast), where two very different famous blends are produced.