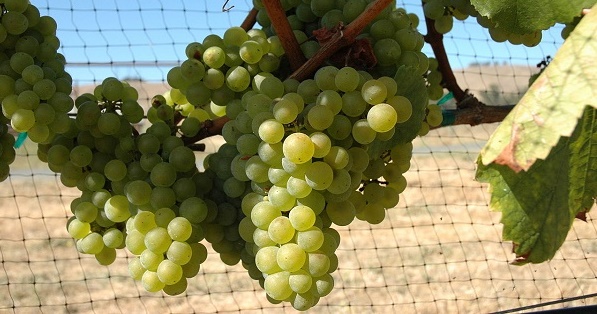 Chardonnay was born in France. The most famous on the the light site is Chablis. More floral, milder and rounder, are the editions of Mâcon and Saint-Véran, and more full-bodied are the wines from Mersault and Montrachet.

Italian Chardonnay is typical lean and crisp. Unoaked Chardonnay can be found in Friuli, Trentino and Alto Adige.

Chardonnays from Austria are typically fresh and mineral driven.

USA is the largest wine market in the world, and Chardonnay is the number one selling wine. The best Chardonnays comes from Northern California (Sonoma, Napa, Russian River).

The cool Andes regions produce a mineral-heavy and vegetative Chardonnay.

Chardonnay is a grape with a limited (not very aromatic) taste. It produces neutral wines that need help to become interesting.

This can be done in several ways. One common way is to ferment or store the wine in oak barrels.

Chardonnay also easily absorbs the taste of the soil (terroir), and this is consciously used to complement Chardonnay's taste profile in Europe.

Quality Chardonnay wines always have a round character, a great length, and a rich after-taste, but Chardonnay shows a multitude of styles all over the world, from totally uninteresting, strong alcoholic wines with artificial fruit aromas, to the world's most sublime, perfect balanced wines.

In cool climates, Chardonnay can have a light body with noticeable acidity and flavors of citrus, green apple, and pear.

In warmer locations the flavors are more yellow apple, peach, melon, and tropical fruit such as pinapple and mango.

Chablis in France and California in USA are good examples of two very different expressions of the same grape.

Chardonnay is an important component of many sparkling wines, including French Champagne and Italian Franciacorta.

Chardonnay is popular for 3 important reasons:

Chardonnay wines have no sharp edges and no high acid content. The grape produces large crops and it is not picky about soil and climate. The fact that the wines are easy to sell, also contributes to the grape's popularity among the wine producers.

Chardonnay is the most popular white wine grape in the world.

Chardonnay, at the moment, is the second most planted white grape variety after Airen.

Reasons for success: it is a neutral variety, influenced by the place and winemaking technique.

In a joint study published in 1999, American and French scientists said DNA research had proved that the Chardonnay vine was a cross between two others: Pinot Noir and Gouais Blanc.

The village of Chardonnay is located in the Haut-Mâconnais in Southern Burgundy, and along with 26 other villages it produces the famous Mâcon-Chardonnay. Under the Mâcon-Chardonnay appellation we find 100% Chardonnay white wines and red wines produced from Pinot Noir and Gamay grapes.

It sounds like a paradox but in poor soils the roots must work harder, branching off to find nutrients. This increases the root-to-soil surface.

Chardonnay is the most widely planted white grape variety because it adapts easily.

The better performance in the world is in Bourgogne and its clay limestone soils. Here every plot expresses its own Chardonnay (Climat).

We can identify three main Chardonnay styles in the Bourgogne winegrowing region, depending on where it is grown:

Many of the Chardonnay flavors come from terroir (soil) and climate.

But, Chardonnay is also a "Winemaker's grape", and in the hands of a good winemaker, real magic can happen in the wine cellar.

Steel tank fermentation can be used to produce light and mineral Chardonnays, like the famous French Chablis.

Malolactic Fermentation (MLF) softens the acidity and produces a creamy (buttery) texture with flavors of butter and hazelnut, like the famous French Mersault.

Barrel Fermentation, storage, and aging will cause the wine to absorb taste from the wood, like vanilla, caramel, spices, smoke and toast flavors, like Californian Chardonnay.