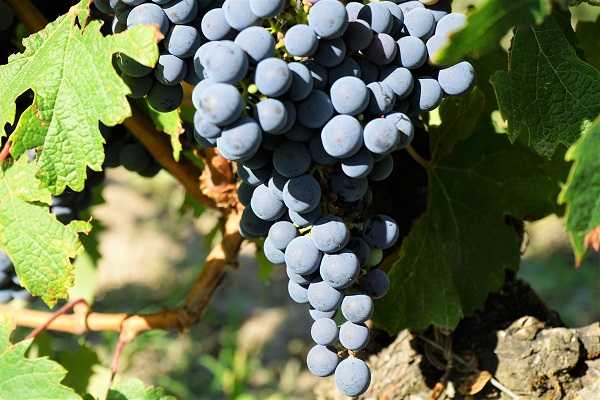 Cabernet Sauvignon blend from Bordeaux in France is the most copied wine style in the world. Cabernet Sauvignon grape is king in the left bank of Garonne river. The major appellations are : Haut Medoc, Margaux, Saint Julien, Pauillac, Saint Estèphe and Pessac-Leognan.

Cabernet Sauvignon is particularly famous in Tuscany where it is blended with Sangiovese and Merlot to create the famous Supertuscan wines.

The increasing demand has pushed Spain to plant this grape varietal in different regions such Catalonia, Navarra and La Mancha. In Spain Cabernet Sauvignon grapes are blended with Tempranillo, Garnacha and Monastrell.

USA is the largest wine market in the world, and blended Cabernet Sauvignon is the number one selling wine. The best known regions are California (Napa, Sonoma) and Washington State.

Australia used to make heavy, oaky and powerful Cabernet Sauvignon blends, but the trend is rapidly changing and the new versions are less oaked, and better balanced, meeting the approval of a larger market. Here in Australia Cabernet Sauvignon is often blended with Shiraz which adds peppery aromas.

The hot and dry mountain climate facilitates the ripening of Cabernet Sauvignon grapes. Here the Cabs are very similar to the Malbecs: full bodied and with an excellent price/quality ratio. High altitude and cold climate Cabs tend to express spicy, menthol and herbal aromas.

China is the world´s largest red wine consumer country and, to meet the market, Cabernet Sauvignon is the most planted grape there too.

Cabernet Sauvignon is the world's most planted red wine grape.

The name comes from its parents: Cabernet Franc and Sauvignon Blanc.

The grape was born in Bordeaux, in the South West of France, where the climate is "maritime", with hot summers and mild winters.

Today, Cabernet Sauvignon is most famous for its role in the balanced, complex, and famous Bordaux blend.

Cabernet Sauvignon has ripens late and is a thick-skinned grape. Thick skin means that the color of the wine is dark and that the wines are usually vinified as full bodied. Thick skin means also high tannins and great aging potential.

Cabernet Sauvignon put the Bordeaux region on the wine map, and the Bordeaux wine style is imitated all over the world:

In Australia, the most used blending grapes are: Shiraz and Cabernet Sauvignon.

In 1976 a wine tasting competition in Paris called "Judgement of Paris" put Napa Valley on the wine map when The 1973 Stag’s Leap Wine Cellars S.L.V. Cabernet Sauvignon was judged the best. The Napa Cabernet had bested four top-ranked Bordeaux, including first-growths Château Mouton-Rothschild and Château Haut-Brion.

The name Cabernet Sauvignon comes from its parents: Cabernet Franc and Sauvignon Blanc.

in 1996, grape geneticist dr. Carole Meredith at UC Davis (University of California) and her team revealed their DNA tests results, saying that the king of red wine grapes, Cabernet Sauvignon, was a happy accident.

The discovery, that came as a shock to the wine world, told us that the most prestigious red wine in the world originated from a spontaneous crossing between nearby vineyards in approximately 1650. A strong wind or perhaps an insect pollinated the flowers.

Cabernet Sauvignon, Merlot, Hondarribi Beltza (from the Basque Country) and Carménère are all genetically related. They all originate from Cabernet Franc and they taste similar.

Cabernet family shares with Sauvignon Blanc an aromatic molecule called "Methoxypyrazine", ("Pyrazines" for short), responsible of a green, veggie aroma. Think about Pyrazines next time you taste a Sauvignon Blanc from New Zealand!

Pyrazines are known to give green aromas like grass, mint, green bell peppers, green pepper, asparagus, sage, eucalyptus, jalapeño, cocoa powder, black pepper and black currant. In small doses this aromas are considered positive, while large quantities can make the wine taste "green", not good. Researcher have found that large quantities of leaves in the vine have a direct relationship with this green aromas.

It sounds like a paradox but in poor soils the roots must work harder, branching off to find nutrients. This increases the root to soil surface.

The grapes thrives in skinny soil and cooler climates. The small spherical berries have a thick skin which gives resistance against diseases.

Cabernet Sauvignon is the king grape in the Left Bank of Bordeaux Wine Region.

Cabernet Sauvignon loves sand and gravel. The sand provides nutrients while the stones absorb the heat, help ripening and draining.

The better performance in the world is the gravel-based soil of the Médoc region on the Left Bank of Garonne river.

Cabernet Sauvignon can be vinified in red, rosé and Claret styles.

Bordeaux is known for its red wine blends (89%) and Cabernet Sauvignon is the king grape in the Left Bank of Garonne River. It is blended with Merlot, Cabernet Frank and smaller amounts of Petit Verdot, Malbec and Carménère.

The must (grape juice) and the skins macerates for 21 days (longer for bolder styles) to extract tannins and pigments.

The first fermentation called alcoholic starts above 16°C (60°F). Sugars are turned into alcohol while carbon dioxide and heat are released.

Alcoholic fermentation usually takes place in vats (steel or cement) where it is easy to control both temperature and speed of fermenation. An error at this stage can result in wine faults.

The pomace (skin+pips) is then pressed and mixed with the fermented must. Now can the second fermentation (malolactic) start.

Malolactic bacteria consume malic acid (naturally present in the grape) and convert it to lactic acid. MLF is essentially the conversion of malic acid into lactic acid. As a result the wines become rounder, fuller and less acidic. Practically easier to drink and to match with food.

After the two fermentations are completed, the wine is separeted from its lees (dead yeast cells) and sulfites are added to protect against oxydation. Now it´s time to sleep! Aging in oak and vats in Bordeaux varies between 12 to 24 months. Barrel Fermentation, storage, and aging will cause the wine to absorb taste from the wood, like vanilla, caramel, spices, smoke and toast flavors.

Claret (Clairet in french) is the oldest wine style in Boredaux. It means weak-colored (latin: clarus =clear) and looks like a dark rosé.

Claret is famous since the Middle Ages when Eleanor duchess d´Aquitaine and King Henry II of England marry and Bordeaux becomes English territory. The consequent tax exemption pushes the trade and ships loaded with Bordeaux wines cross the English Channel. Claret, thanks to the affordable price and short fermentation (arrives sooner in the markets) becomes ‘the Englishman’s drink’. This happy trade will last 300 years.

Originally, all red wines from Bordeaux were "Claret" wines.

Rosé wines are made with the same blend of grapes as Bordeaux red wines, but the contact between must and skin is shorter (max 12 hours). This explains the pink color. They have typical rosé aromas of strawberry, gooseberry and grapefruit.