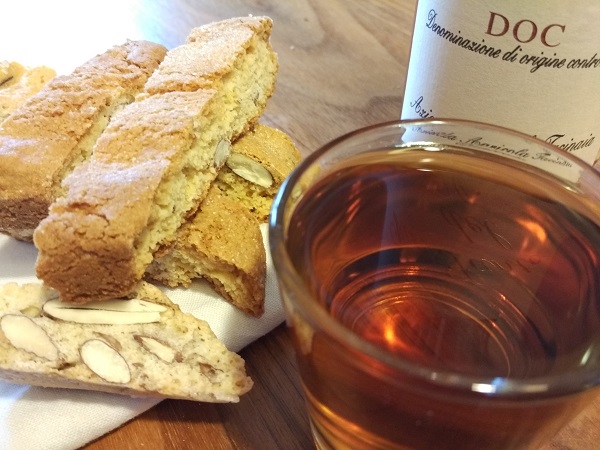 In Tuscany you drink Vin Santo with Cantucci (Almond Biscuits)

Vin Santo or Vinsanto (Sacred Wine) is a sweet dessert wine from Tuscany in Italy, most often made from the grapes Trebbiano and Malvasia.

Vin Santo is made from dried grapes, and the degree of alcohol, sweetness and oxidation will vary a lot between manufacturers.

Typical flavours are nutty or raisin notes with honey and cream attributes.

Cantucci or Biscotti are almond cookies from Tuscany. They are made without oil or butter, and baked twice to crisp perfection. Biscotti literally means twice (bis) cooked (cotti).

A sweet wine like Vin Santo, pairs best with cakes and desserts:

The wine should always be as sweet, or sweeter than what you are eating.

The style of Vin Santo varies depending on the production methods and the grapes used.

The sweetness can vary from bone dry (like Fino Sherry) to extremely sweet. The colour can range from a pale amber to neon orange.

White grapes are most widely used (Trebbiano and Malvasia), but red grapes (like Sangiovese) can also be used to produce a rosé wine. These wines are usually labelled Occhio di Pernice.

In Tuscany, there are four DOCs that make only Vin Santo. Each of these corresponds to a major red wine DOCG zone: 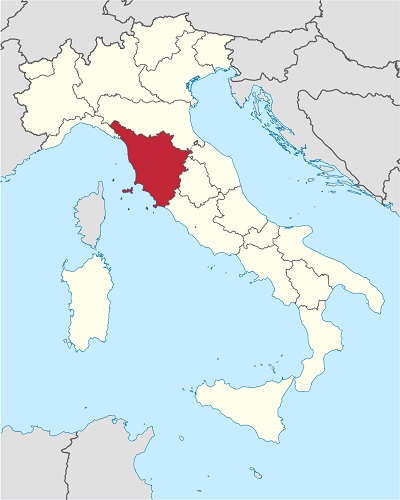