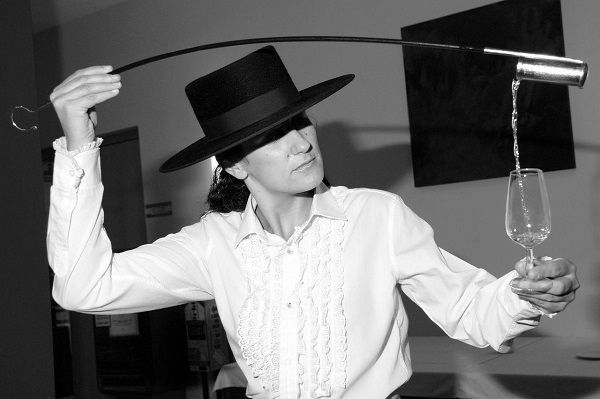 Sherry is a fortified white wine made in Andalusia, Southern Spain.


Sherry Manzanilla is similar to Fino: dry and low in acetic acid, perfect as aperitif and with vinagrette (Salads. Marinades. Gazpacho. Ajo Blanco.)

Sherry is a fortified white wine from the region of Jerez in Andalusia, Southern Spain: one of the most southerly winegrowing regions in Europe (latitude 36º North).

The sea breeze, the proximity to the Atlantic Ocean, the hot and dry climate, the 3 soils (Albariza, Barros, Arenas), the typical grapes (Palomino, Pedro Ximénez, Moscatel) and biological aging are the secrets to make Sherry.

In spite of the hot and dry climate, in the DO Sherry it is not permitted irrigation.

The special chalky soil stores the winter rainfall and distributes the moisture to the vines during the dry season. Also the sea winds bring moist to the vines.

Andalucia is best known for Sherry.