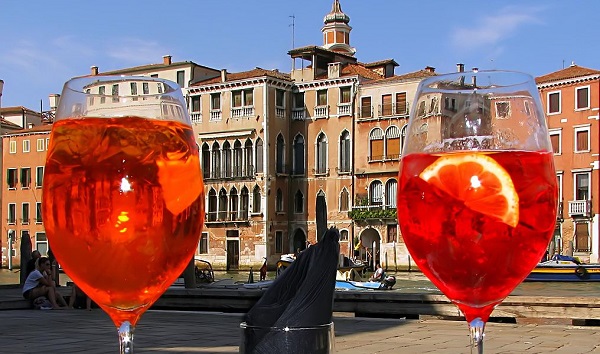 Campari was invented by Gaspare Campari around 1865 in Novara (Piemonte).

Campari is the base for some of the most famous cocktails around the world.

Campari is often an aperitif.

Try it with Tapas, Potato Chips and Buffalo Mozzarella.

The production still follows the same confidential recipe made by Gaspare over 150 years ago. The recipe is so secret that only one person in the world knows it entirely.

Many have tried to guess the number of ingredients: some say there are 20 or 60, but others list the ingredients at 80. To this day, alcohol and water are the only known ingredients of its special and secret recipe.